YET I STAY STILL is a long duration performance questioning the frontier between performance art and activist action. It melts itself into the space and the event where it is invited and takes advantage of it. It is a research on text and sound as activism and performance. Each act takes a different shape, depending on the event. It can include writing : graffitis, pamphlets, tattoos, … or orality : alarms, talking, shouting, … This performance is by choice not focusing on a specific topic of any activist movement. It talks about the anger of activists facing the pain of others.

YET I STAY STILL (second act) was a 4 hour performance, occuring at unexpected times and unexpected spaces in ACT Basel festival. Each action was activated by an alarm. The performer would then write one sentence of a poem/text/manifesto/litany with spray paint directly on the walls and floors of the space. 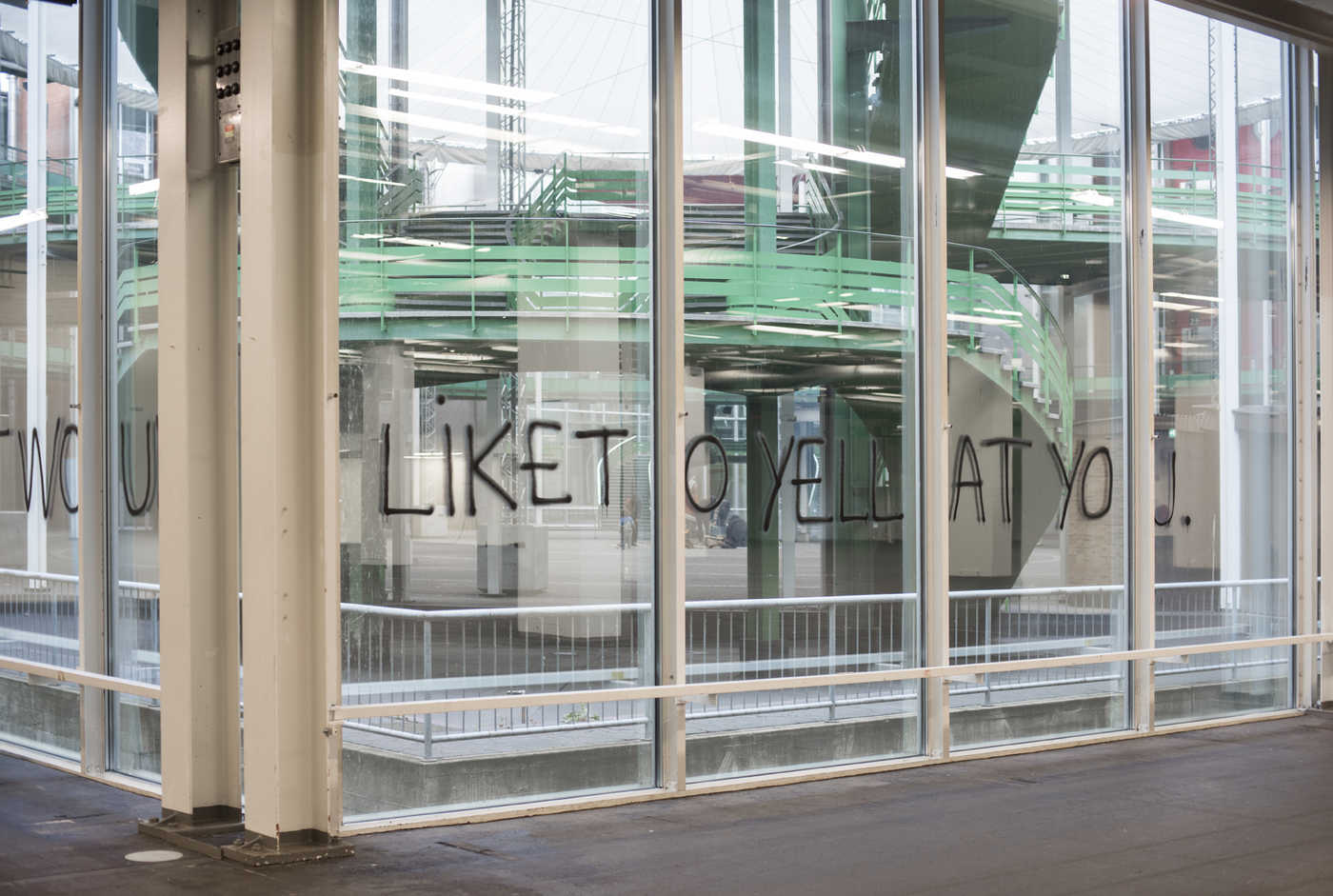