For the performance “slow lane”, the wasteland on the Seetalplatz in Emmen (LU) in the middle of dense road traffic was declared the site of a kinetic counterculture of slowness and subversive walking experiments. My movements were recorded during the performance by a 360° camera with GPS. It was attached to a movable “antenna” about one metre long on a kind of helmet. A few days later the panoramas were uploaded to Google Maps. Clicking on the blue lines or the circles in Google Maps will take you to the 360° images of the performance. The panoramas of each track are connected to each other. The resulting images subvert the usual Google Maps image of space and orientation within it. The following link leads to the Seetalplatz (when clicking on the yellow pegman in the lower right corner, the Street View lines appear). https://goo.gl/maps/x4gnKGMANYwRfPJ49 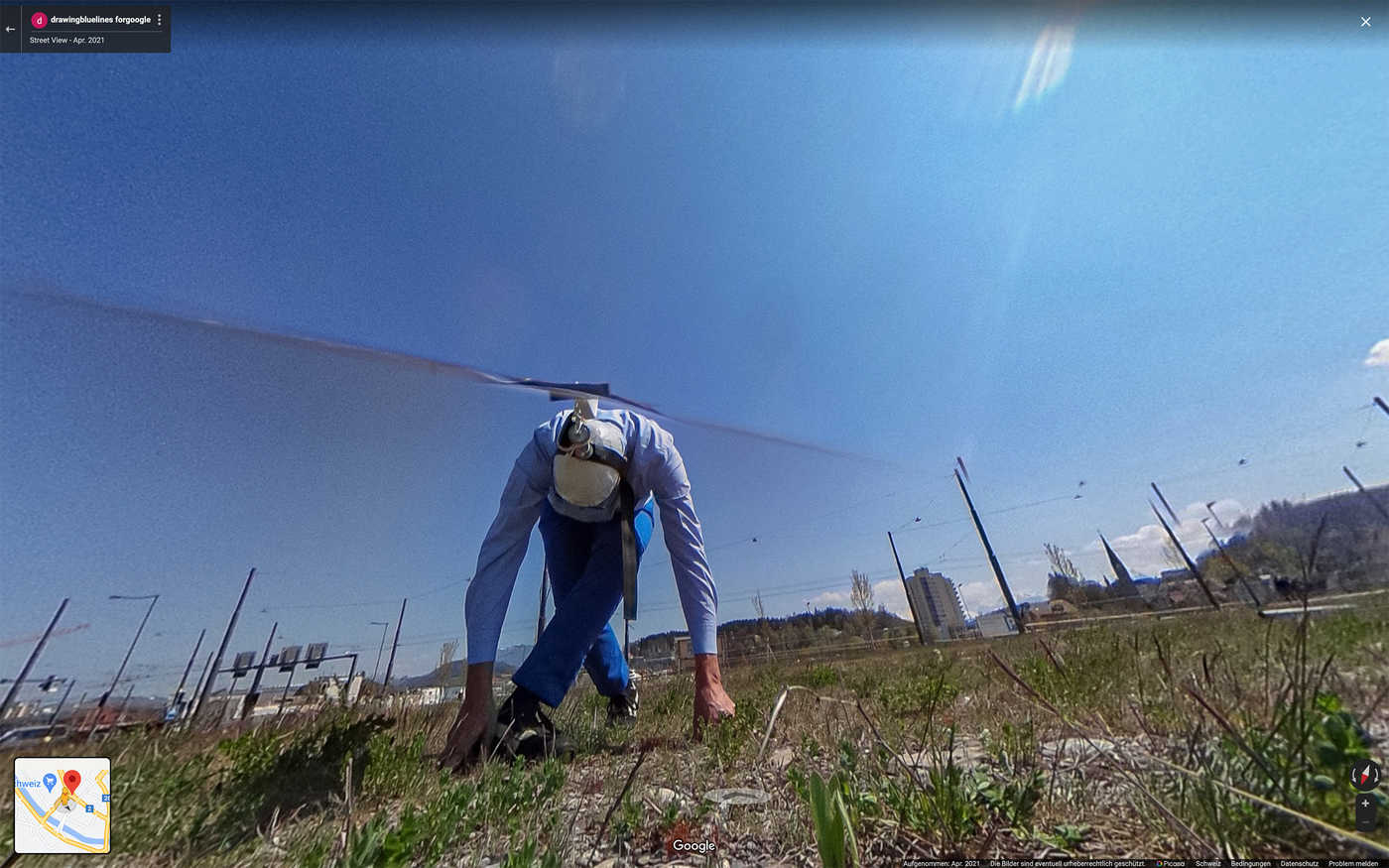 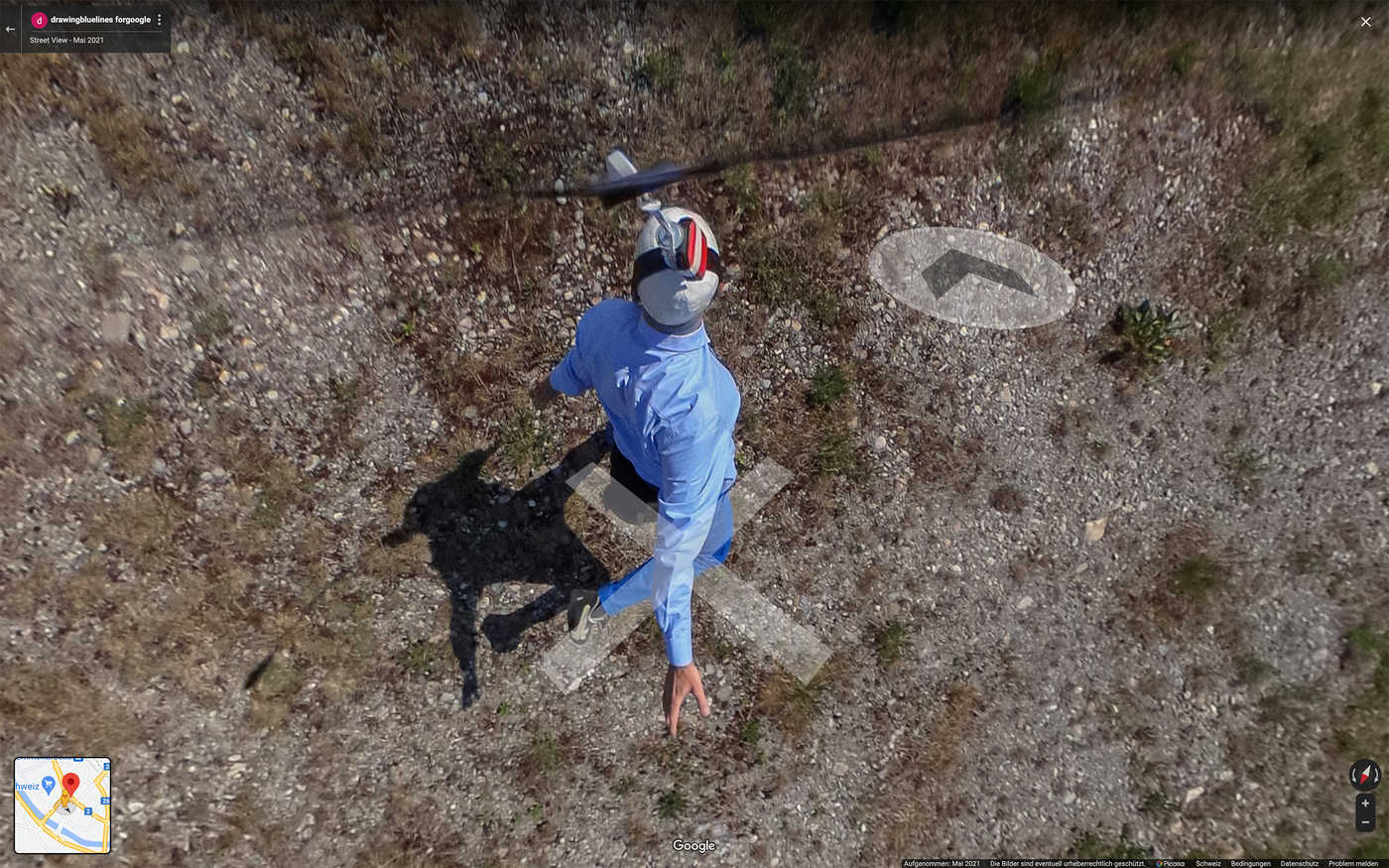 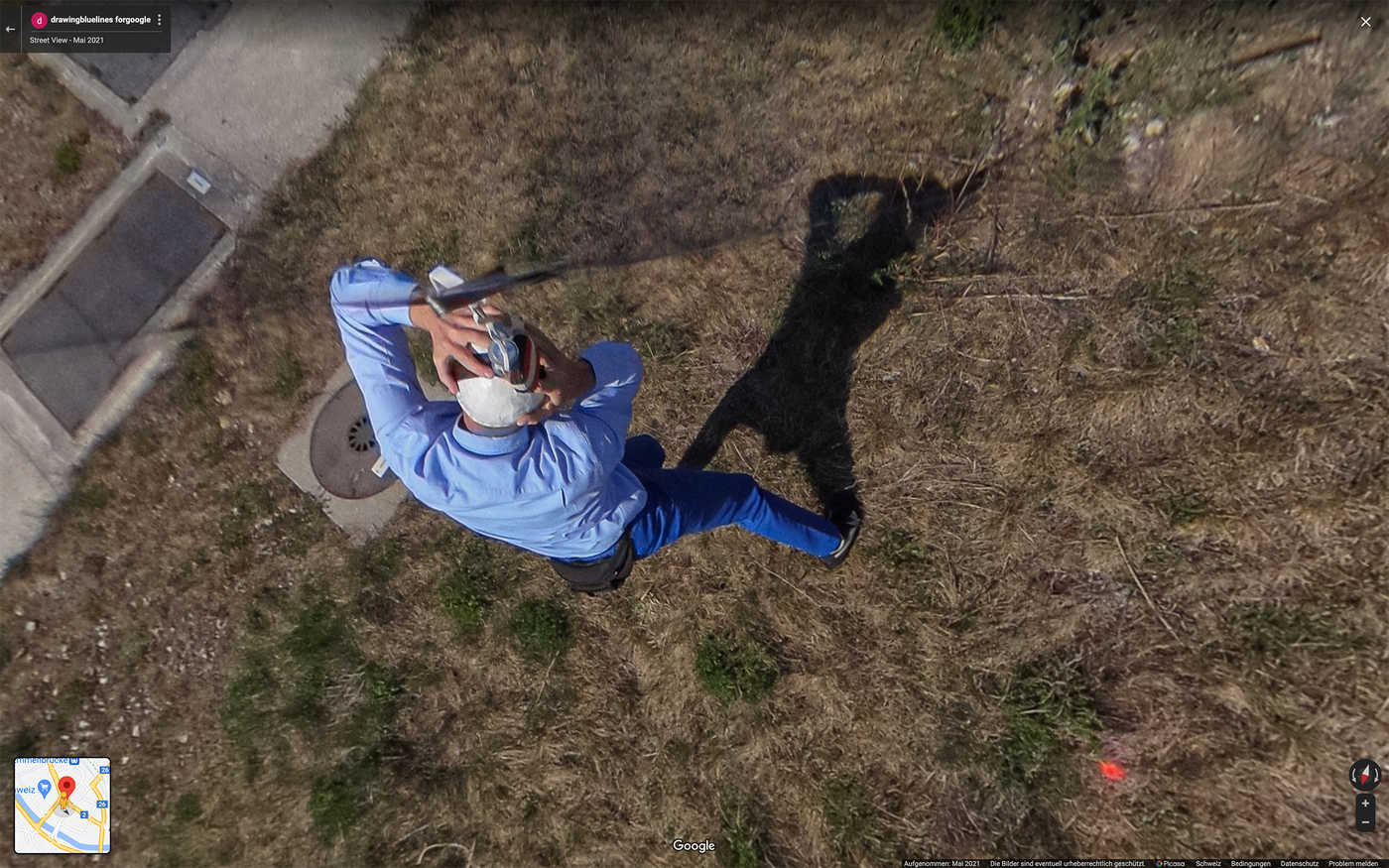 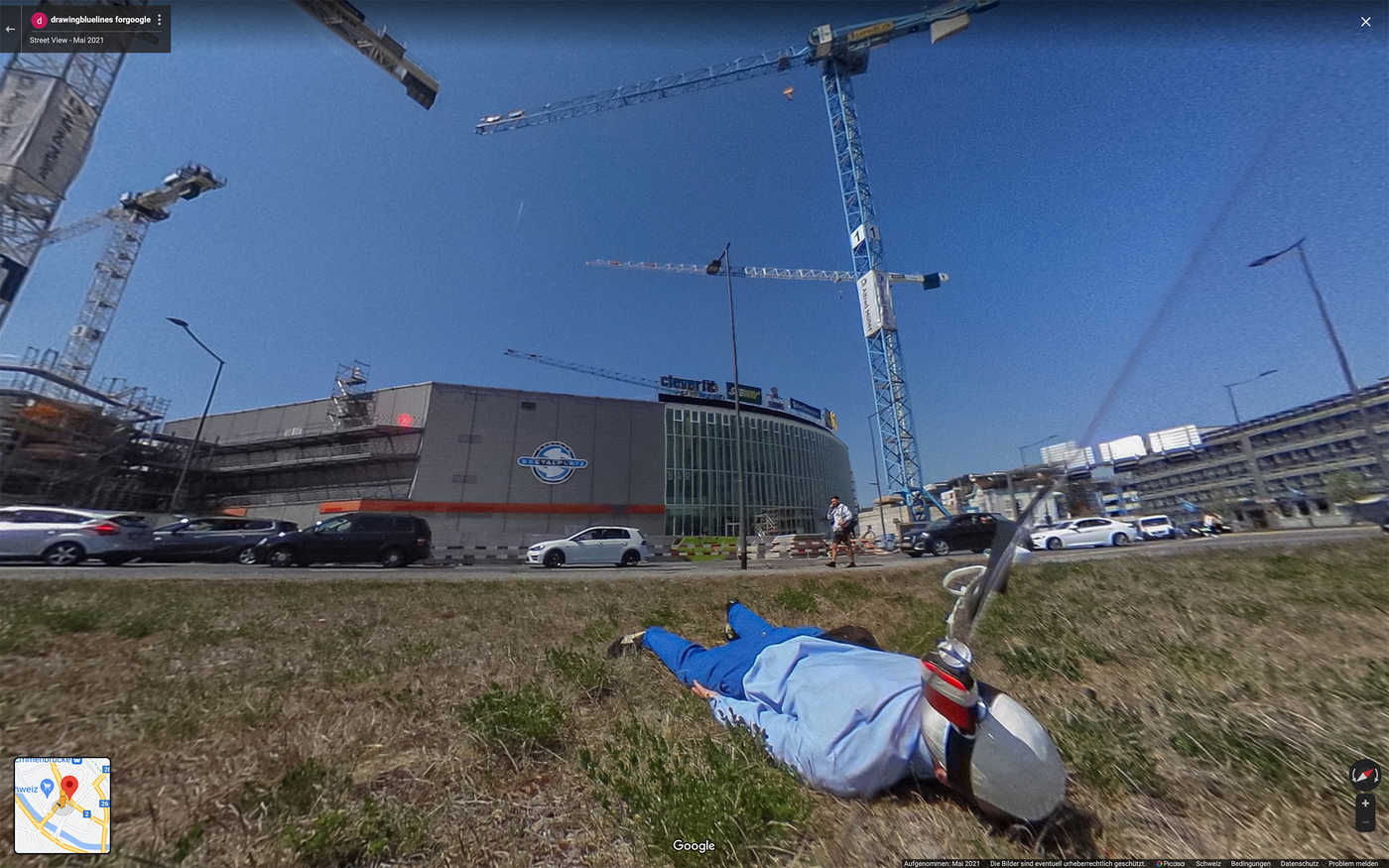 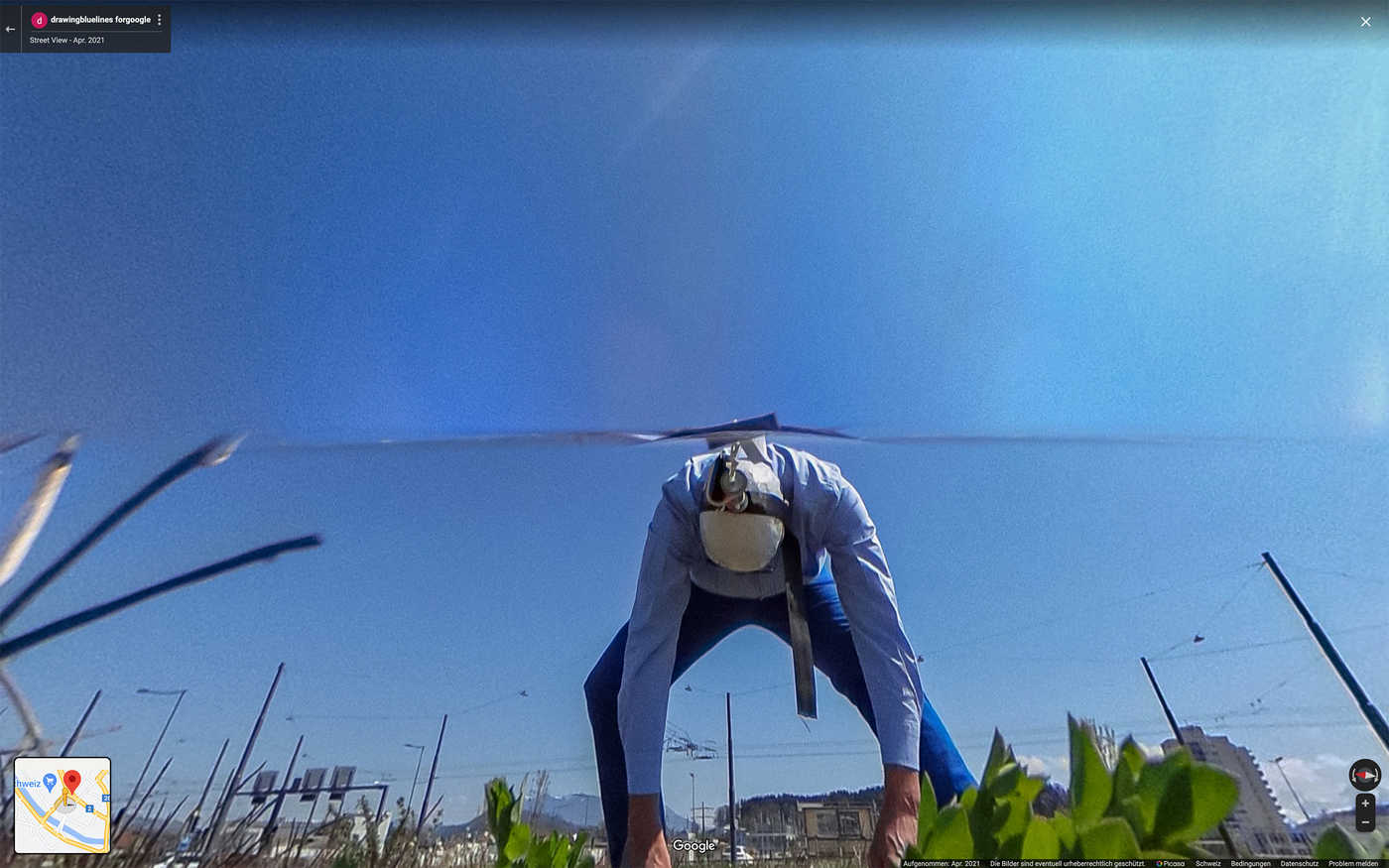